You are here: Home / Financial Planning / Five people who have redefined retirement

Is age just a number? If you look around, you’ll find plenty of examples to suggest that might be true. We all know someone who looks incredible at 70, or still has the get up and go of a 20 year-old even though they’re 60. Perhaps that’s down to good health, great genes – or maybe, just a positive outlook on life.

We’ve been looking at some truly amazing people who’ve achieved great things – and they’ve done it while well past retirement age. Let their stories inspire you and remember; it’s never too late to try something new. 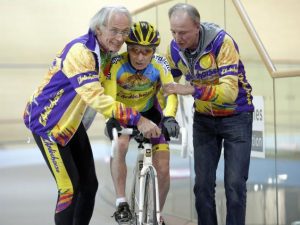 French cyclist Robert Marchand is still partial to a spin around the velodrome, even though he’s now reached the grand old age of 105. In fact he’s just set a new record for the farthest distance cycled in an hour after clocking up 22.547km (14 miles) – even though that’s for riders over 105!

Born in 1911, Robert who was a prisoner of war in World War II says he stays fit by spending an hour a day on his cycling home trainer. He also sticks to a diet that includes lots of fruit and vegetables, just a small amount of meat and not too much coffee.

He can’t compete with the likes of Bradley Wiggins who set the current men’s hour record of 54.526km in 2015, but says: “I am not here to be champion. I am here to prove that at 105 years old you can still ride a bike.” 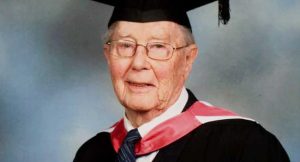 They say you’re never too old to learn something new and Bertie Gladwin is certainly testament to that. He graduated from the University of Buckingham after tackling a Masters in Intelligence History – when he was only 90 years young!

Bertie, who describes himself as a ‘late starter’, left school at 14 and didn’t enter higher education until he was 60. After gaining a BA in Psychology and a BSc in Molecular Biology with the Open University, his wife persuaded him to round off his education with a master’s degree.

This time, Bertie actually went to lectures alongside all the other 20 year-olds. When asked about the experience he said: “It was fun. I enjoyed it – although the most difficult bit was getting to grips with the computer and the internet for my essays. I needed help with that.”

The sky’s the limit 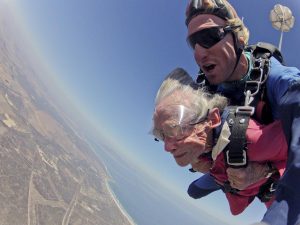 There are plenty of ways to celebrate turning 100, but you’d have to go a long way to top Georgina Harwood’s special day. The great-grandmother from Cape Town, South Africa marked her milestone birthday by jumping out of a plane and skydiving at 125mph.

Remarkably, this was the third jump Georgina has made – she first took the plunge at the sprightly age of 92. When asked about her experience, she said, “It was wonderful, exhilarating, and special.”

If you want to take a leaf out of Georgina’s book, her motto is, “Do it now! Whether it’s comfortable or uncomfortable, good or bad, relaxing or challenging – don’t delay.” Now the only question is how she’ll celebrate her next birthday! 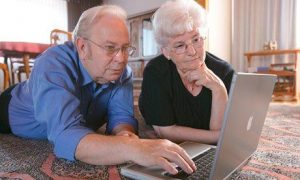 A quiet retirement doesn’t suit everyone. Some people faced with shrinking pension pots choose to keep working in order to supplement their income, while for others, boredom leads them to seek out new challenges. That’s exactly what happened to entrepreneur Sam Taylor and his wife.

Six months into retirement, 63 year-old Sam missed the buzz of business and couldn’t hack the life of leisure he’d planned in southern Spain. His wife was producing textile art but had nowhere to sell it – so the couple had the brainwave of setting up an online retail site for Scottish artists. The Creative Arts Gallery was born.

Running your own business in retirement is not as unusual as you might think. The Prince’s Initiative for Mature Enterprise say that of the 4.17 million self-employed people in the UK, around 1.4 million are between 50 and 64, and 375,000 are 65-plus. As Sam says: “To us, age is no barrier at all. If you’re mentally alert and physically fit, there’s no reason why you can’t do it.”

Life in the fast lane 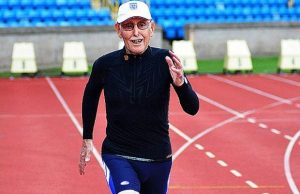 Charles Eugster retired from his career as a dentist at the age of 75, only to become an athlete who trains three times a week. A rower, bodybuilder and sprinter, Charles says, “I’m not chasing youthfulness. I’m chasing health.”

His running achievements mean that at the age of 97, he held the indoor 200m and outdoor 400m sprint world records for men over 95. And just to keep himself on his toes, he also competes in the long jump. It’s no wonder he’s been dubbed ‘the world’s fittest OAP’.

As someone who didn’t really take up exercise until his mid-eighties, Charles now thinks it’s the key to a happy retirement and travels the world, giving talks about the benefits of staying fit and healthy in old age.

If you’ve done something amazing in your retirement, or have great plans for your later years, we’d love to hear all about it. And don’t forget, if you need any help with Financial Planning for your retirement or protecting everything for future generations, just give us a call on 02920 782 330. One of our friendly and knowledgeable team will be delighted to help you.