An update on the markets post the budget from our investment partners JM Finn.

The politics of Markets

I can’t say the last of the autumn statements impressed me over much. Much of the important stuff was leaked in advance. And the expectation of an economic slowdown is hardly new. Indeed, the surprise must be that the economy has held up as well as it has in the post referendum period. There will be plenty of economic uncertainty around now that we have a change of regime across the pond.

It must be said that this year is certainly turning out to be one of surprises. After the unexpected outcome of the referendum, we now have a President elect in the United States who was not even expected to make the short list for the Republican nomination. And just as shares rebounded after the Brexit decision, so markets treated the result in America by hitting new highs. It seems that things do not always turn out the way you expect.
Our own stock market has been a little more subdued, though far from nervous, with shares generally making ground in the post election period. The pound has also improved against the euro in particular in recent weeks, though the autumn statement caused a little wobble. In part this can be attributed to better than expected economic growth. Once again we have the actuality defeating the expectations.

But concerns over Europe have also proved a positive factor for sterling. We have important elections in major European Union nations next year. In France, all eyes will be on how the far right fares in the election. And Angela Merkel’s decision to run for a fourth term as German Chancellor is viewed by some as risky. Upsets in either of these important contests will reverberate around the world.

Italy, meantime, has its own referendum at the beginning of December. While on the face of it the decision the Italian people have to make is less significant than in our referendum (it relates to amending the constitution, admittedly in a dramatic way), a defeat for the government of Matteo Renzi could pave the way for an Italian departure from the Eurozone. Yet another reason to contemplate how difficult it is at present to know what to expect.

It will be the approach taken by the incoming US President that will be of most importance, though. If the trade agreement signed earlier this year with the Pacific nations is, indeed, torn up, we could see an end to free trade and globalisation. The Trump contention is that this treaty costs American blue collar jobs. But it also encourages economic growth in the developing world, which should benefit us all. We do indeed live in interesting – and politically charged – times. 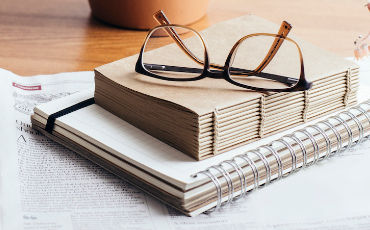