You are here: Home / Uncategorised / Redefining Retirement – a case study in Retirement Planning.

We explore how to use Financial Planning to understand when you can retire. 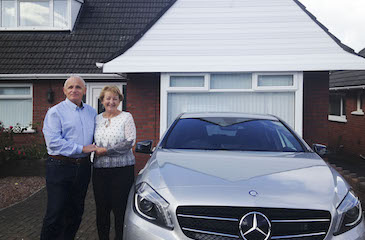 Mike and Paula were 63 & 62 respectively when they first met with Gemma Williams, their Planner at UNIQ Family Wealth in May 2015.

Mike really wanted to retire, but his current advisers did not seem very interested in helping him to pursue this and were not pro-active with his affairs anyway.

When they met with Gemma, she quickly established that they both wanted to retire now, and not wait another couple of years. They also wanted to move to a bungalow and had put their house on the market. Unfortunately, most of the properties they looked at meant spending more than they were selling their house for.

In retiring, they also wanted a comfortable lifestyle and continue with the holidays, hobbies and socialising with their friends and family that they had been used to. If he retired, Mike would need to buy a new car. They were worried that having to rely on a much smaller income might prevent this and they also wanted to leave a legacy for their only daughter, Jo.

Mike was a Director of a video firm and Paula worked in HR with the Local Authority. They had pensions with the Local Authority, but Mike had also built up his own substantial Personal Pension and they had accumulated a number of investments along the way. They weren’t mega rich, but they had made the most of their hard earned money over the years. However, it still meant they were not sure, that in retirement, there would be enough money to maintain their lifestyle for the rest of their lives.

Applying the UNIQ Family Wealth Programme that follows our unique six step process, Gemma was able to show them, using our detailed cashflow planning tool that models income and expenditure over time, that they could afford to retire immediately. The detailed cashflow plan also showed they could buy the new car and afford the bungalow they had set their heart on, if they made a few adjustments to their pensions and investments.

A financial plan was put together and over the next few months the recommendations were implemented. Mike and Paula have now retired and settled into their new bungalow, which required a bit more work to make it the home they wanted.

When we spoke to Mike to ask his permission to use them as a case study, he said they were very happy, had been on holiday, spending time in the garden and doing his favourite hobby, fishing, and were just waiting for friends to arrive for dinner. The picture featured is of them with their new car and bungalow.

“Having made the decision to change our financial advisor we decided to talk to UNIQ and liked what they had to say at our first meeting. Gemma, in particular, clearly understood our situation and where we were coming from. We both very much liked the way in which she helped us to see clearly what we needed to do in order to achieve our financial and personal objectives approaching retirement.

A year on, we have now both just retired and are confident that with UNIQ’s ongoing advice and support we can look forward to enjoying the next chapter in our lives.
Happy days ahead……..”